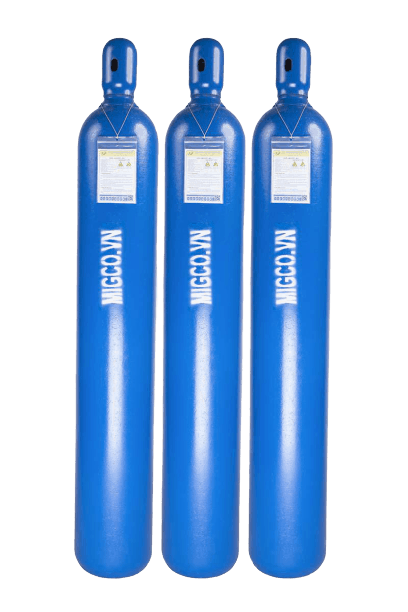 MIGCO Industrial Gas Company is a wholesale as well as retail supplier of Argon gas, industrial gases and other pure gases in Ho Chi Minh City and all nationwide provinces.
We provide ensuring quality, clear origin and pure argon gas in many different capacities cylinders. Our pure Argon gas producing process is according to modern closed technology. Therefore, our Argon gases meet full product standards issued by the Vietnamese government. 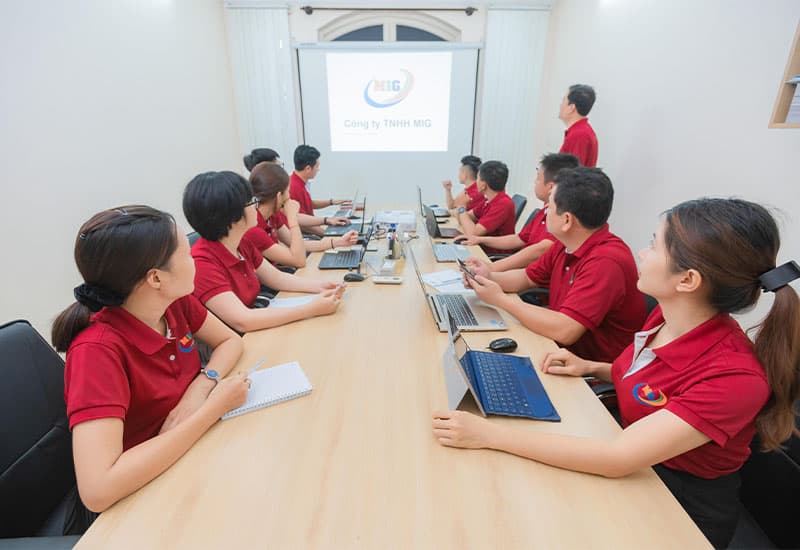 What is Argon gas?

Argon (Ar) is the most common rare gas on Earth, accounting for 1% of the atmosphere and 1.3% of the mass of the planet. Argon is a colorless, odorless, tasteless and non-toxic gas. The density is 1.5 times heavier than air.

argon is a rare and inert gas, so it does not react with other chemicals. Currently Argon is produced and classified according to purity. Purity levels are divided into 2 types, the common one is 99,999% or less and the another one is purer, 99,999% or more.

Argon gas is stored and transported in the gas state in a steel cylinders, or using a car tank at pressure of 15 MPa or 20 MPa at 20 degrees C.

Neither solid Argon nor liquid Argon react chemically with other substances and dissolve the metal. But its solubility in water is close to Oxygen’s. 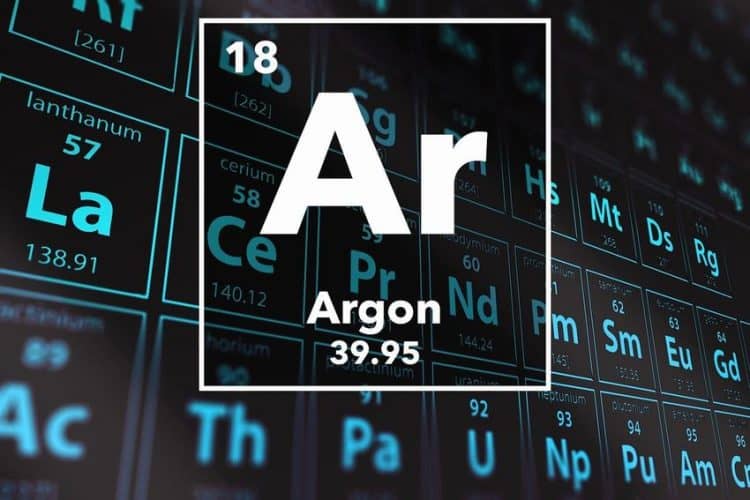 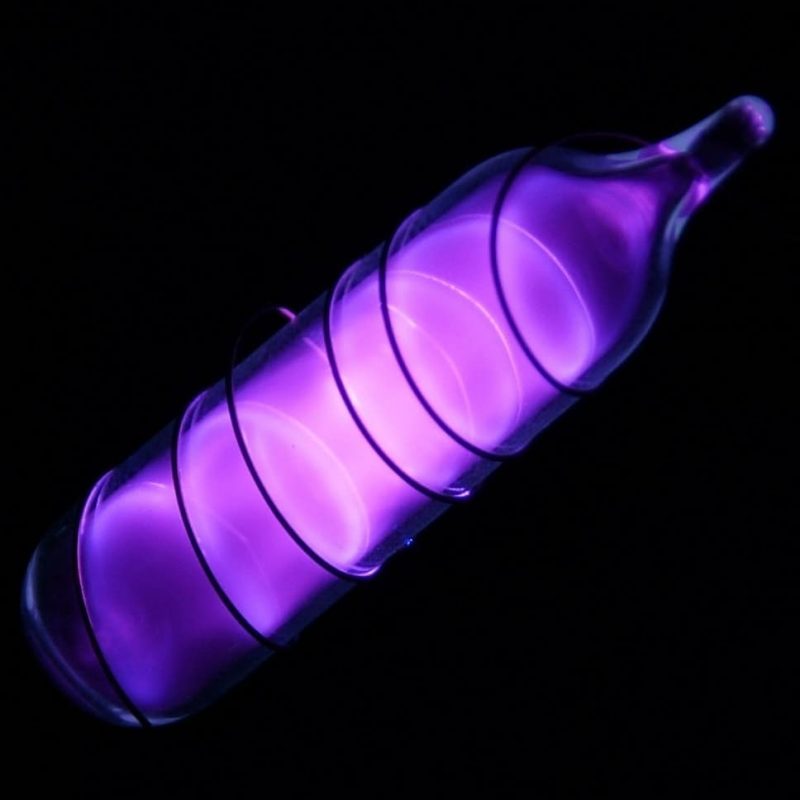 WHAT ARE THE PROPERTIES OF ARGON GAS?

The atomic symbol of argon is: Ar. The main isotopes of argon currently found on Earth are Ar40, Ar 36 and Ar 38.

WHAT IS THE PROCESS OF DETECTING ARGON GAS?

In 1785, Henry Cavendish was the first to suspect the presence of a new gas in the air or in the atmosphere, but that was only a personal statement. Argon was not recognized as a defined gas until Rayleigh’s third baron – Lord Rayleigh and William Ramsay discovered it by separating it from liquid air in 1894.

Argon was discovered thanks to the attempts of scientists to find a way to explain why the density of N extracted from the air differed from the one from the decomposition of ammonia.

William Ramsay removed all the nitrogen gases he had extracted from the air by reacting them with hot Magie. The product of this reaction was solid magnesium nitrate.

Then, there is a residual inert gas that has no reaction. And when he checked the gas’s spectrum, he found new red and green groups and a new element was confirm since then.

Argon-37 is usually produced from the decay of calcium-40 or the result of above-ground nuclear explosions. It has a half-life of about 35 days.

The argon gas will be generated by fractionated liquid air distillation because Argon makes up 0.934% of Earth’s atmosphere.

Today argon is produced primarily by air condensation at low temperature. Then, it is separated from oxygen and nitrogen.

In addition, it is possible to produce Argon gas from black metallurgical plant products, or from emissions during the production of NH3.

Depending on different usage requirements, Argon is usually supplied in many purity levels: Ar 4.8, Ar 5.0, Ar 5.3. 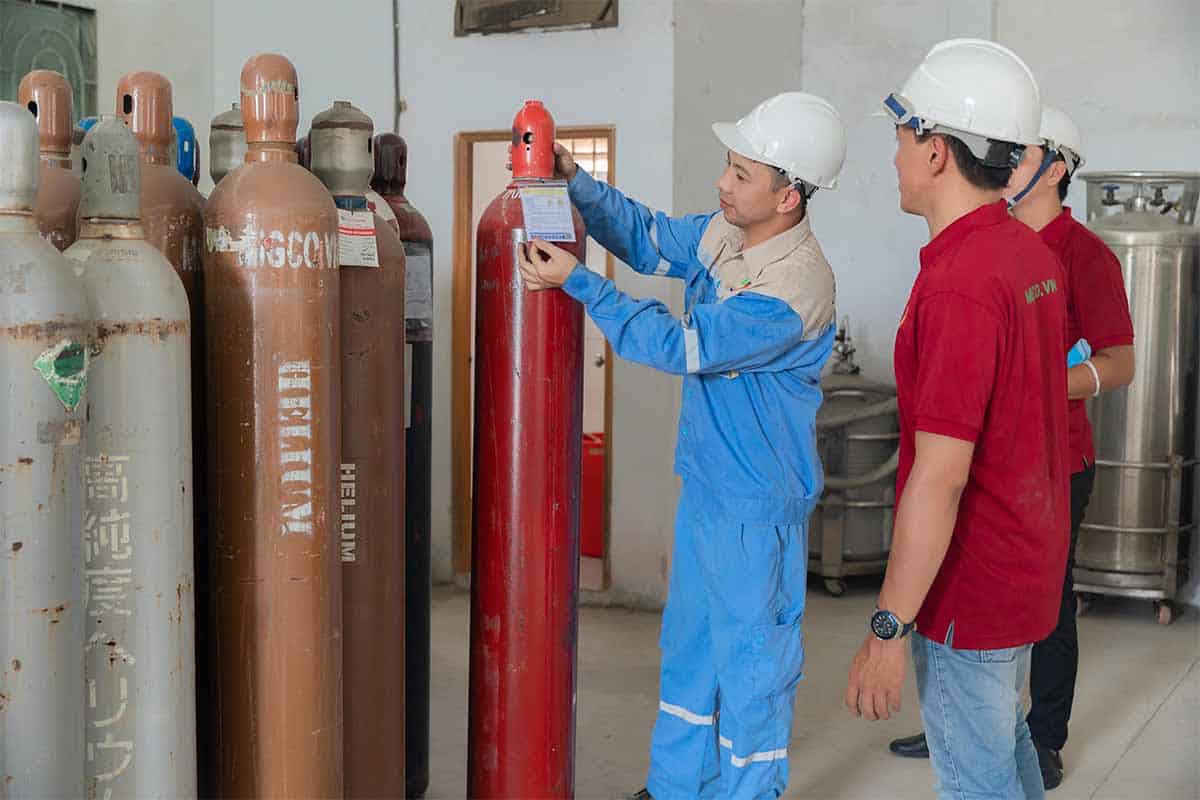 As mentioned above, argon gas is widely used in life, production and research, it is non-toxic and does not harm human health.

In particular, it is safe to use because it does not explode, but it is heavier than air, so it is easy to accumulate in poor air places. This heavy gas accumulation often causes welders to be easily suffocated due to lack of oxygen.

When inhaled a lot of argon gas, welders are more susceptible to dizziness, headache, discomfort and even suffocation. Sometimes, direct contact with liquid can result in cold burns.

When the argon gas reaches a concentration as high as 75% it can be fatal in just a few minutes and the body will be weakened, then loss of consciousness, convulsions, deep coma and rapid death will occur.

Therefore, it is necessary to monitor and maintain the oxygen ratio in the workplace not fall below 19% while using argon gas.

SPECIFIC CASES OCCUR WHILE USING ARGON GAS AND THE TREATMENT:

In work area, it must be ventilate all the time, the measures to isolate and to reduce the concentration of argon vapor and gases should be taken or the welder’s working hours in low air has to be limited.

As long as you take these preventive measures well, you completely do not have to worry while working with argon gases because it is much safer than other gases. So, if you have any demands for argon, you should find a reputable supplier of argon gas.